The High Fens-Eifel Nature Park in eastern Belgium is doubtless one of the most beautiful regions in the country. At 72,000 hectares it is also one of the largest and most emblematic nature parks in Wallonia. 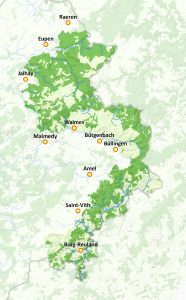 With its moorlands and peat bogs, forests and streams, man-made reservoirs, and picturesque villages, the High Fens-Eifel Nature Park offers an amazing palette of landscapes worthy of the most beautiful picture postcards less than an hour from Liège. The park is divided into different regions :